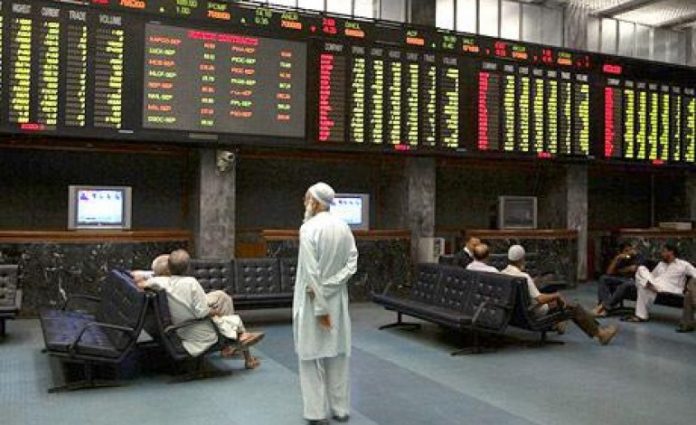 KARACHI: The Pakistan Stock Exchange is back to the level where it was at before crashing in early March with the benchmark index recovering more than 10,000 points in little over four months.
The KSE-100, a gauge to measure the market’s performance, was trading at around 38,000 points at noon on Wednesday. This is its highest level in more than four months.
The market crashed in March after Pakistan imposed a nation-wide lockdown, shutting offices, factories, public transport and all kinds of public activities. As a result many, businesses, excluding a few essential ones, remained closed. Economic activity came to a grinding halt and the GDP growth rate was negative for the first time in 68 years.
However, it took the country’s stock market a few weeks to recover from the crash and it rallied again after the lockdown was eased. In the last four weeks, the market closed on a positive note (weekly basis).
The government took several measures to stimulate growth and boost investors’ confidence. These include cutting petrol prices and the central bank’s policy rate, offering susbsidised loans to businesses, deferring electricity and gas bills, and the much-touted Naya Pakistan Housing Scheme, the government’s flagship project that aims to build low-cost houses and kick start economic growth.
Since March’s crash, the market has rallied 40% with several sectors making a comeback. Recent government policies and decisions have been driving investors’ interest, particularly in the engineering, cement, glass and ceramics, cable and electrical goods, and auto sectors.

Rupee plunges to a historic low against the dollar

Pakistan, Russia accord on crude oil by end of March