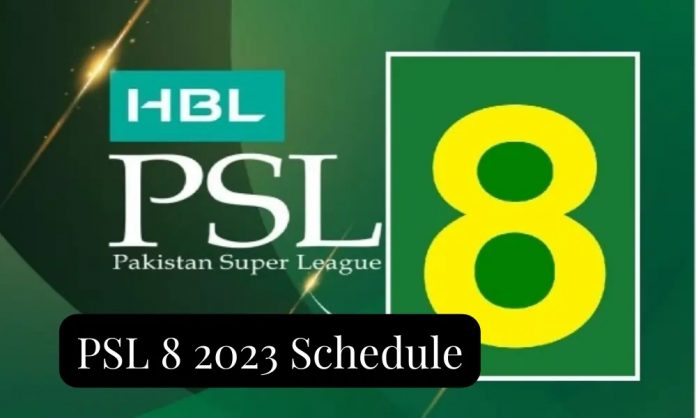 The schedule for the Pakistan Super League season eight has been finalised as Rawalpindi is set to host most number of games.

After tons ifs and buts, the tournament is finally going as originally planned, which means the Multan Cricket Stadium will be hosting the opening game on February 13.

Though, the official announcement from the Pakistan Cricket Board is expected either on Friday or Saturday, but the schedule is already out circulating in the media.

The opening fixture will see the defending champions Lahore Qalandars taking on Multan Sultans – or we can call it a repeat of the 2022 PSL7 final. The Shaheen Shah Afridi-led unit clinched the title by defeating Sultans by 42 runs.

Like last year, the tournament will once again conclude in Lahore’s Gaddafi Stadium on March 19.

As far as 30 round matches are concerned, in the first phase, the action will kick-off from Multan with Karachi’s National Bank Cricket Area will be the second venue. Home teams of both cities will play five games each in their respective cities.

Overall, Karachi is set to host nine matches out of 30, before the action will move to Rawalpindi and Lahore from February 25.

Similarly, the defending champions will play their five home round matches in Lahore, while Rawalpindi Cricket Stadium will be the home venue for Islamabad United.

Rawalpindi will be the venue for the 11 matches for the T20 tournament.