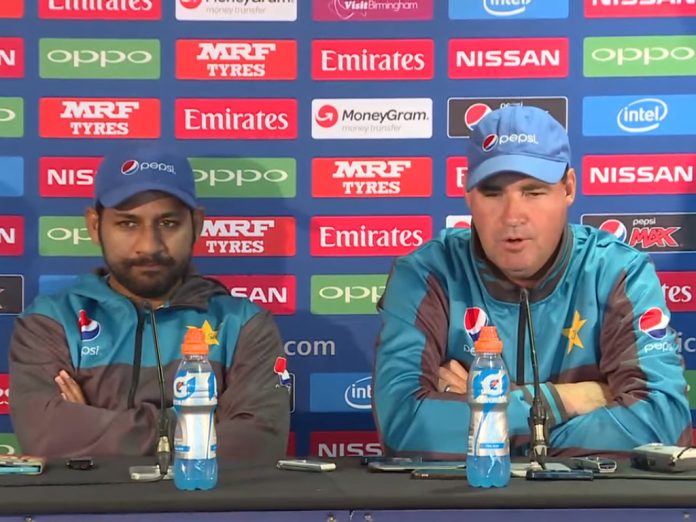 LAHORE: Pakistan cricket team head coach Mickey Arthur on Monday said Pakistan have some serious batsmen in their squad and if Babar Azam scores a century, we can achieve the require target.
Addressing a news conference along with skipper Sarfraz Ahmed, Mickey Arthur said Babar plays a key role in the batting line-up.
Talking about Shadab Khan, Arthur said he is a three dimensional player who contributes with the ball and the bat, and in the field as well. Shadab Khan is not out of the World Cup yet and is trying to recover, Mickey said referring to his health.
“It is not about one man, it’s about the whole team. All 15 players of the Pakistan team have the ability to win games,” Mickey Arthur added.
Captain Sarfraz Ahmed said the Green Shirts are going to play the World Cup 2019 will full preparation.
The skipper said all players have worked extremely hard and the team will show good performance in the mega event.