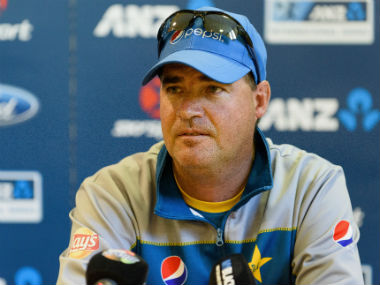 LONDON: There are highly capable and talented players in the Pakistani cricket team, said head coach Mickey Arthur. He said he was 100% sure that the team will win the World Cup.
He said this, addressing a ceremony in connection with the British Asian Trust’s Ramzan Appeal charity dinner. Members of the national team also participated at the event in London.
“It’s fantastic for the Pakistan Cricket Board (PCB) to have partnered up with the British Asian Trust in such a significant project,” said the coach.
Meantime, Richard Hawkes, the chief executive of the trust, said the trust will be able to help millions of people facing mental health issues as a result of our Ramzan appeal.
It is great that they are launching the Ramzan appeal with the Pakistan cricket team, said Hawkes. They’ll be able to help us raise awareness of the issues, challenge the stigma, and start to provide lots of new services to people with mental health issues, he said.
The trust is serving the people on several places in Pakistan, said the trust’s supporter, Salman. The community should help the trust, he said.
During the fundraiser, an amount worth 230,000 pounds was collected through different things, including the bats, signed by the cricketers. The trust’s partners said they will double the charity money.