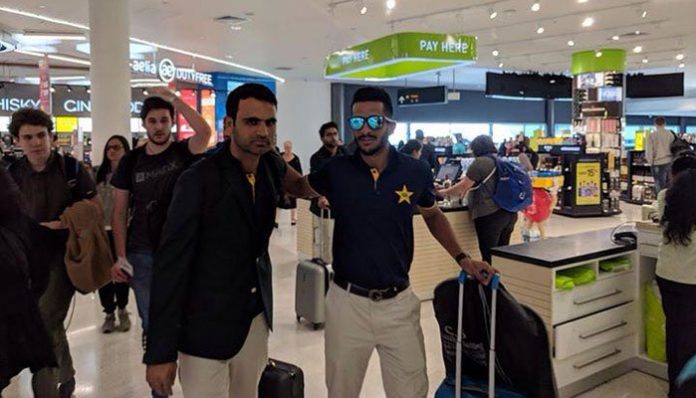 ISLAMABAD: The Pakistan cricket has team arrived in New Zealand on Friday morning for five-match One Day International (ODI) series.
Sarfaraz Ahmad will be heading the green shirts in the series, which is starting from January 6, 2018, followed by three T20 internationals.
The team reached Auckland via Dubai after a long-haul flight from Lahore’s Allama Iqbal International Airport.
During the journey, Mohammad Hafeez met the former India batsman Rahul Dravid while the squad was surprisingly taken by an unexpected guest – Meera. 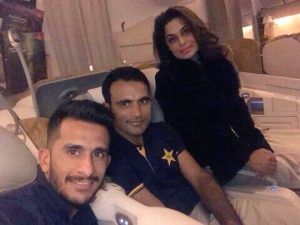