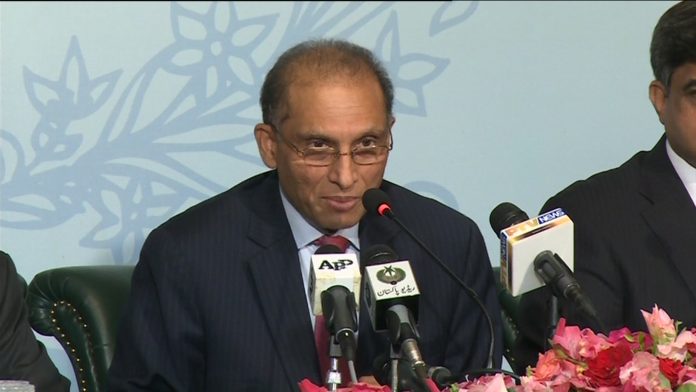 NEW YORK: Foreign Offcice Secretary Aizaz Ahmed Chaudhry on Sunday has vowed to continue raising Kashmir issue at every level.
Aizaz Chaudhry said that India cannot suppress the voices against violations in Kashmir by taking name of Balochistan.
He said sacrifices given by innocent Kashmiris would not go in vain.
On the other hand, Pakistan’s Permanent Representative to the United Nations Dr. Maleeha Lodhi said Prime Minister Nawaz Sharif’s address to the UN General Assembly will be very important, in which he will highlight Indian atrocities in Occupied Kashmir.
In an interview, she said the Prime Minister will also present some suggestions for taking steps to resolve the Kashmir dispute.
Maleeha Lodhi said UNGA session is important in the backdrop of uprising by the people in Occupied Kashmir against brutalities being perpetrated by the Indian forces. She said Prime Minister would also hold bilateral meetings with top world leaders.