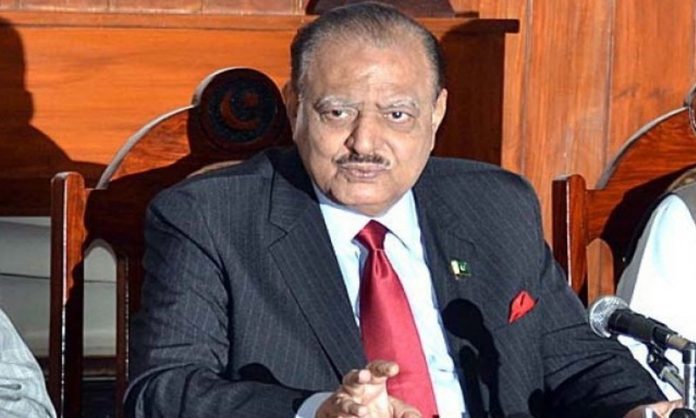 ISLAMABAD: President Mamnoon Hussain has said that Pakistan would take up at all available fora the decision of the US President to recognize occupied Jerusalem as the capital of Israel.
He was addressing a ceremony held in Islamabad on Thursday to mark National Voters’ Day.
The President expressed the confidence that the OIC meeting to be convened to review the situation would adopt a tough position.
President Donald Trump on Wednesday recognized the disputed city of Jerusalem as Israel’s capital — a historic decision that overturns decades of US policy and risks triggering a fresh spasm of violence in the Middle East.
“I have determined that it is time to officially recognize Jerusalem as the capital of Israel,” Trump said from the White House. “It’s the right thing to do.”
The declaration calls into question seven decades of deliberate diplomatic ambiguity about the final status of a holy city vociferously claimed by both Israelis and Palestinians.
Trump also kicked off the process of moving the US embassy from Tel Aviv to Jerusalem, making good on a campaign promise dear to evangelical Christian and right wing Jewish voters — as well as donors.
He said his decision marked the start of a “new approach” to solving the thorny conflict between Israel and the Palestinians.
Trump’s predecessors — from Bill Clinton to George Bush — made similar promises on the campaign trail, but quickly reneged upon taking office, and the burden of war and peace.
This most unlikely of presidents, who came to office with no foreign policy experience and denouncing experts, was determined to show his arrival in Washington spells the end of business as usual.