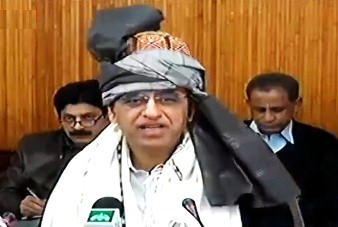 PESHAWAR: Finance Minister Asad Umar says Pakistan is close to signing an agreement for economic assistance package with the International Monetary Fund.
Addressing a ceremony at Chamber of Commerce and Industry in Peshawar on Monday, he expressed satisfaction that the international lender has shown flexibility on its position.
The Minister said government will simplify the tax procedure in order to widen the tax net. He said a pilot project to this effect will be introduced for traders in Islamabad first and then will replicated in other parts of the country.
Asad Umar while underscoring the importance of increasing trade with neighboring countries said Pakistani products have a huge potential in Iran, Afghanistan and other countries of the region.
The Minister said gas discoveries made in Southern districts of the province will help improve the supply of this commodity in the province. He said the province is also endowed with rich water resources and hydel potential of the country need to be effectively used.