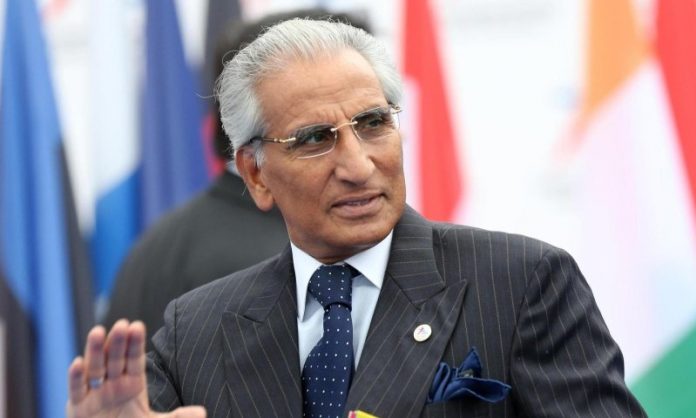 ISLAMABAD: Special Assistant to the Prime Minister on Foreign Affairs, Syed Tariq Fatemi has stated that Pakistan will work closely with the new US administration led by President-elect Donald Trump.
“We will work closely with the administration,” Tariq Fatemi said in an interview with The Washington Times.
“We believe that Mr. Trump’s business background and strong interest in economic ties match the vision and policies of Prime Minister Nawaz Sharif,” The Washington Times quoted Tariq Fatemi as saying in the interview, published on Tuesday.
Members of President-elect Donald Trump’s national security team “know Pakistan paid a heavy price in terms of the successes of the United States” in the region.
After years of tension and inconsistency in bilateral ties, “there is an element of normalcy and predictability within the relationship” between Washington and Islamabad since Mr. Sharif came to power three years ago, Tariq Fatemi said.
The volatility that plagued US-Pakistani relations under previous regimes in Pakistan has subsided, he said.
To successfully deal with the serious challenges facing Pakistan and the U.S. in South Asia, the Trump administration must ensure that the relationship “stay on an even keel and continue to progress gradually,” he added.
To a question, Tariq Fatemi rejected reports of pending major weapons sales between Russia and Pakistan but said Islamabad “is exploring all options from all countries” to arm his country’s military.
He said diplomatic outreach to Russia also is focused on burgeoning economic and political relationships.
Prime Minister Sharif’s goal is to “establish mutually beneficial economic ties with all countries and now we are reaching out to Russia,” he added.
As Prime Minister Sharif has introduced a plan to construct a major oil pipeline from Pakistan’s southern port city of Karachi to Lahore, Tariq Fatemi said Islamabad was weighing Russian participation in the creation of that pipeline, as well as power plant construction in the northern part of the country.
Tariq Fatemi rejected reports that Pakistan’s emerging military relationship with Russia was in response to India’s closer military ties with Washington, but he did warn that “whatever or whenever America engages in these types of [actions], it has to bear in mind what kind of impact it will have on the region.”
“Virtually all our weapons systems are American-made, which is what we would want,” Mr. Fatemi said. “Our first preference would be to obtain weapons from the United States,” he said.
“We hope the administration will look at our request, with an eye toward what those weapons systems can do in terms of promoting peace and stability in a difficult part of the world,” he added.
On counterterrorism operations, however, Tariq Fatemi said Mr. Trump’s views align with those of Pakistan’s leadership. “We want people from the Trump administration to come to Pakistan and see for themselves the areas that have been cleared of terrorists,” he added. …APP