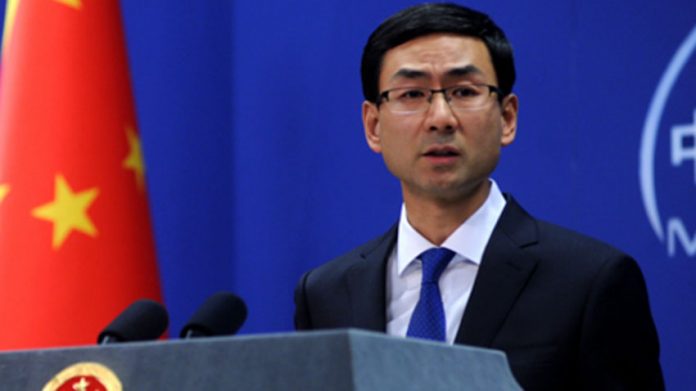 BEIJING: China says Pakistan government and military have taken a series of steps to combat terrorism and Beijing supports Islamabad in moving ahead with the relevant measures to ensure its domestic security and stability.
This was stated by the Chinese foreign ministry’s spokesperson Geng Shuang during his regular briefing in Beijing on Tuesday.
He said that China and Pakistan were maintaining close communication to closely monitor progress in the case of killing of a Chinese national.
He said that we strongly condemn the extreme atrocities against Chinese nationals. He said that we will closely monitor the situation as it develops and offer best assistance to the bereaved family.
Meanwhile, he hoped that the Pakistani side will take further measures to ensure the safety of Chinese institutions and personnel in Pakistan.