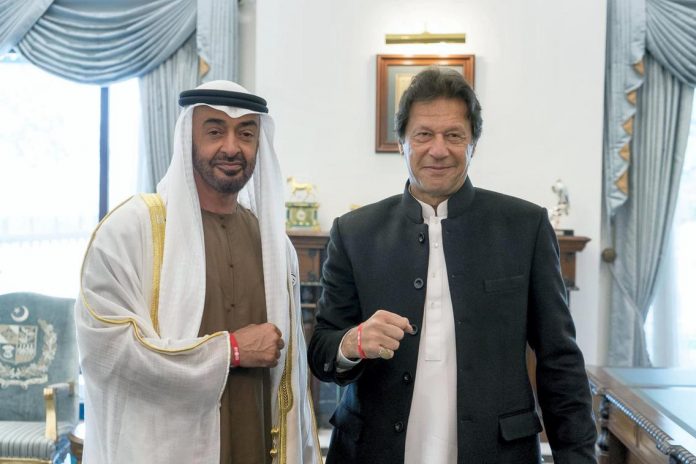 ISLAMABAD: Minister for Information and Broadcasting Chaudhry Fawad Hussain has said the United Arab Emirates (UAE) would build an oil refinery in Pakistan, and talks for the huge investment had been finalized during the visit of Crown Prince Sheikh Mohamed bin Zayed Al Nahyan.
Talking to media persons here, the minister said the UAE had already announced $3 billion cash support to help Pakistan overcome its balance of payment crisis while the provision of oil facility on deferred payment was under discussion.
The red carpet was rolled out for the UAE Crown Prince in Islamabad to officially announce a support package of about $6.2 billion for Pakistan.
All relevant terms and conditions have been finalised before UAE inducts $3 billion cash into the economy of Pakistan and another $3.2 billion worth of oil supplies on deferred payments for one year, thereby enabling the country to recover from its economic crisis.
Al Nahyan, who is also deputy chief of the UAE s armed forces, held a one-on-one meeting with PM Khan, followed by a high-level delegation talks.
The Emirate prince also met members of the federal cabinet including Foreign Minister Shah Mahmood Qureshi, Finance Minister Asad Umar, Information Minister Fawad Chaudhry, Adviser to the Prime Minister on Commerce Abdul Razak Dawood, Power Minister Omar Ayub Khan, Planning and Development Minister Khusro Bakhtiar, Minister of State for Interior Shahryar Afridi, and Special Assistant to Prime Minister on Overseas Pakistanis Zulfi Bukhari.
The two sides discussed bilateral relations, matters of mutual, regional and international interest.