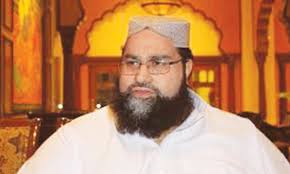 ISLAMABAD: The issue of suspension of visas for Pakistani citizens by the United Arab Emirates (UAE) has been settled, says Special Representative of the Prime Minister for Religious Harmony Hafiz Muhammad Tahir Ashrafi. Ashrafi told the media on Tuesday the visa-related issue was resolved in a meeting between Adviser to Prime Minister Zulfi Bukhari and the UAE minister for labour. His statement came shortly after a visit to the UAE Embassy in Pakistan where he met UAE Acting Ambassador Rashid Abdul Rahman Al-Ali.

They discussed relations between Pakistan and the UAE and the prevailing situation of the Islamic world. Last week, the Foreign Office said there was no official announcement about the suspension of visas for Pakistanis by the UAE. Last month, UAE stopped issuing new visas to citizens of 13 mostly Muslim-majority countries including Pakistan, Turkey, Afghanistan, Iran, and Syria.

A source briefed on the matter told Reuters the visas had temporarily stopped being issued to Afghans, Pakistanis, and citizens of several other countries over security concerns, but did not provide details of those concerns.”.