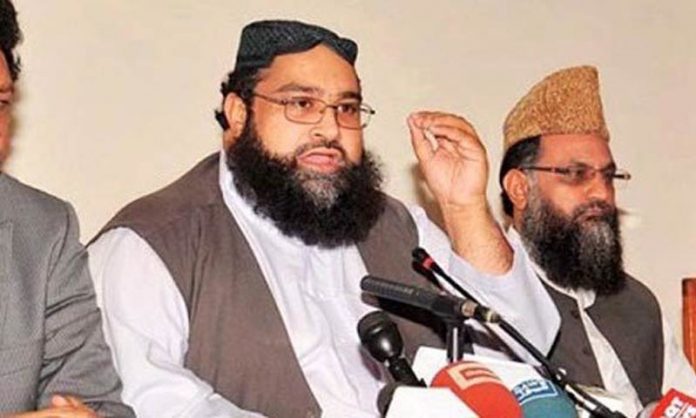 ISLAMABAD: All Pakistan Ulema Council (PUC), on Tuesday, has issued joint fatwa to postpone all religious gatherings with immediate effect in wake of the rapid spread of coronavirus in the country.
According to details, the council has decided to limit Friday sermons at mosques across the country while distance should be maintained at the time of prayers. Mosques have also been advised to hold congregational prayers on the floor, which should be cleaned regularly.
The Fatwa has also outlined some general guidelines for the people to follow, including recitation of holy verses, avoid shaking hands, the sick and elderly should pray at home and cleanliness in ablution areas of mosques should be ensured.
This development came after the Minister for Religious Affairs and Council of Islamic Ideology officials reached out to Islamic scholars and relevant leaders to work out the modalities for effective management of religious services in the wake of coronavirus.
On Monday, the number of confirmed coronavirus cases in Pakistan rose sharply with a risk of the number rising even further. Pakistan has so far screened 995,821 travellers, according to the March 17 report by National Institute of Health (NIH).
The federal and provincial governments have announced drastic measures to contain the spread of the virus. On March 13, Pakistan’s National Security Committee (NSC) meeting was held to discuss the health crisis. Prime Minister Imran Khan chaired the meeting of NSC to review the alarming health situation and directed the officials concerned to devise a comprehensive strategy to prevent the spread of the disease, and take immediate countermeasures.
The PM in a message on Twitter, urged the people to follow basic hygiene and precautionary measures and assured them that the health of the people is the government’s foremost priority.
All educational institutions (schools, colleges, universities, madrassas), both public and private, will remain closed across the country until April 5, 2020 and Punjab has imposed section-144 in the province to prevent public gatherings. All public gatherings and large conferences have been banned with immediate effect. Wedding halls and cinemas have also been closed for three weeks.
Pakistan has completely sealed its western border with Afghanistan and Iran for two weeks for both travellers and all Pakistani pilgrims arriving from Iran are placed in 14-day quarantine. The Sikh shrine Kartarpur is also closed for Pakistani citizens with only Indian pilgrims being allowed to continue visiting.
To limit the spread of Covid-19, no visitors would be allowed in prisons for three weeks. Moreover, Islamabad high court has suspended all proceedings of civil court and hearings of regular cases.
To effectively screen travelers, Pakistan will allow arrival and departure of international flights at only three airports – Karachi, Lahore, and Islamabad – with enhanced safety measures. Seaports will remain operational with increased screening and surveillance measures.
It was previously decided that The Pakistan Super League (PSL) cricket matches will be held without any spectators but in view of the sudden deterioration of the situation, the entire tournament has been called off for the time being.