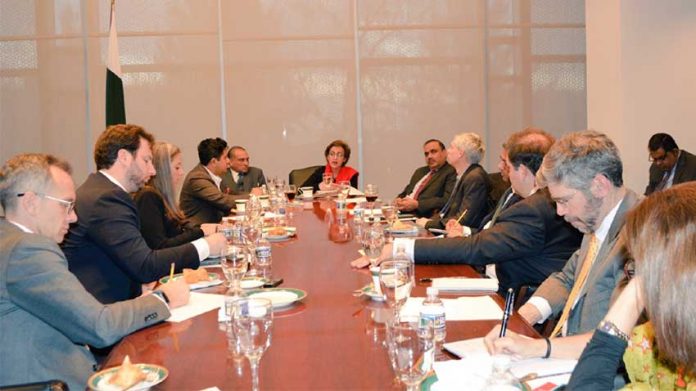 WASHINGTON: Foreign Secretary Tehmina Janjua has said that Pakistan is committed to root out terrorism in all its forms and manifestations.
Talking to American journalists in Washington, she said Pak-US partnership in the war against terrorism has been quite successful and both the countries eliminated Al-Qaeda through joint efforts.
She said Pakistan wants to eliminate all types of terrorism from its soil.
The Foreign Secretary said China-Pakistan Economic Corridor is an integral part of the Road and Belt project.
She said the economic corridor in Pakistan is important for the whole region.