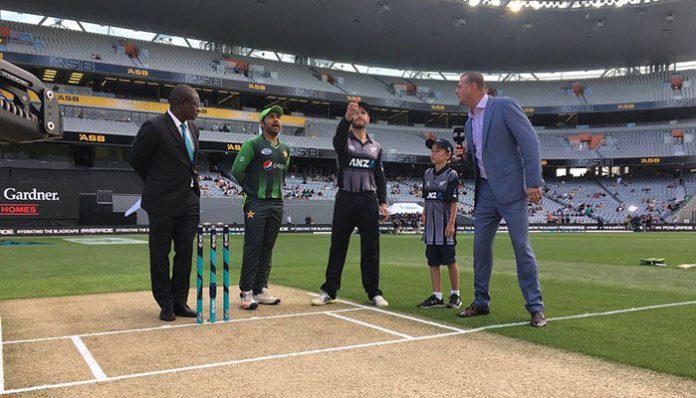 AUCKLAND: Pakistan has won the toss and opted to bat first against New Zealand in the second T20 international at Eden Park, Auckland.
Ahmed Shehzad has returned to the playing XI, displacing all-rounder Mohammad Nawaz.
High-flying New Zealand will look to seal the three-match T20 series whereas Pakistan need a win to avoid another series loss, after suffering a 5-0 clean sweep in the ODI series earlier this month.
The Kiwis beat Pakistan by seven wickets in the first T20 in Wellington, as the tourists’ batting woes persisted. The Green Shirts could only manage a total of 105, with only Babar Azam and Hasan Ali reaching double figures. New Zealand chased down the target with seven wickets in hand and 25 balls remaining, driven by a power batting show by Colin Munro (49*).