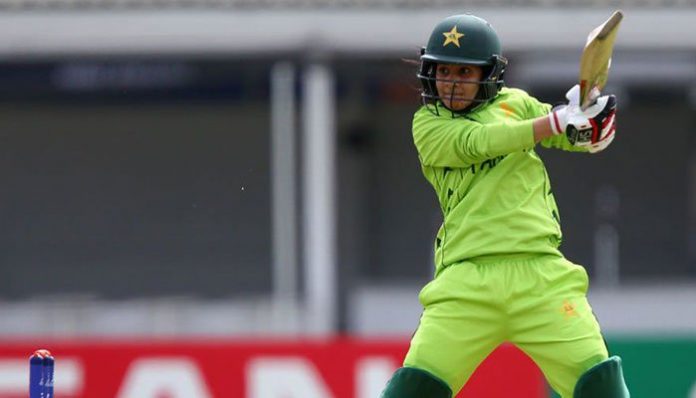 COLOMBO: A record-breaking fifty by Javeria Khan helped Pakistan Women clinch a thrilling win in the first T20 international against Sri Lanka Women in Colombo on Wednesday.
Pakistan chased down Sri Lanka’s total of 129 to register their highest chase in the shortest format of the game. Javeria Khan smashed the fastest T20I fifty by a Pakistani woman, scoring 52 off 36 balls to dominate the chase. She was helped along by skipper Bismah Maroof, who put up a brisk 42 off 31 balls.
No. 11 Ghulam Fatima, on her T20I debut, hit a boundary on the penultimate ball of the chase to seal the win.
For Sri Lanka, Anushka Sanjeewani scored her maiden T20 half-century (58-ball 61).
Veteran off-spinner Sana Mir and pacer Diana Baig picked up two wickets each.
Pakistan clean swept Sri Lanka 3-0 in the recently concluded ODI series during the ongoing tour.