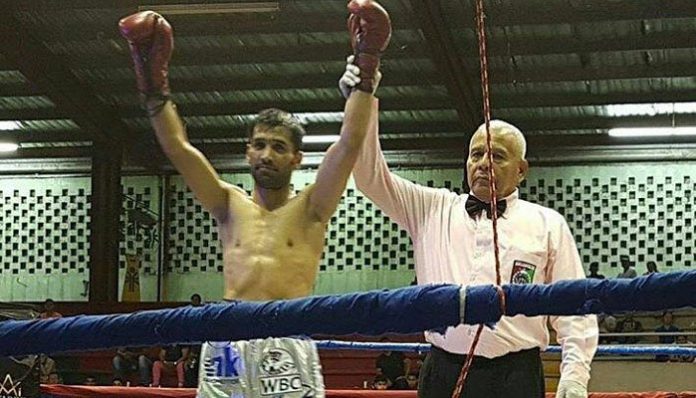 PANAMA: Pakistan’s emerging boxer Muhammad Waseem successfully defended his World Boxing Council (WBC) Silver flyweight championship title on Sunday in an eighth consecutive win.
The 30-year-old boxer displayed his prowess in the boxing ring against Panamanian boxer Carlos Melo.
Waseem knocked out his opponent in the first round of the eight-round game and won the match.
Waseem maintained his winning streak and his number one ranking in the flyweight category.
Waseem, who hails from Quetta, has been preparing in Panama since June 29 with Las Vegas-based trainer Jeff Mayweather, the uncle of world-famous Floyd Mayweather, for a probable WBC title fight in December this year.
The 29-year-old shot to fame as a pro when he won world silver title by beating Jether Oliva of the Philippines on July 17, 2016, in Korea. He went on to defend his crown on November 27 last year, also in Korea, after downing Giemel Magramo of the Philippines.