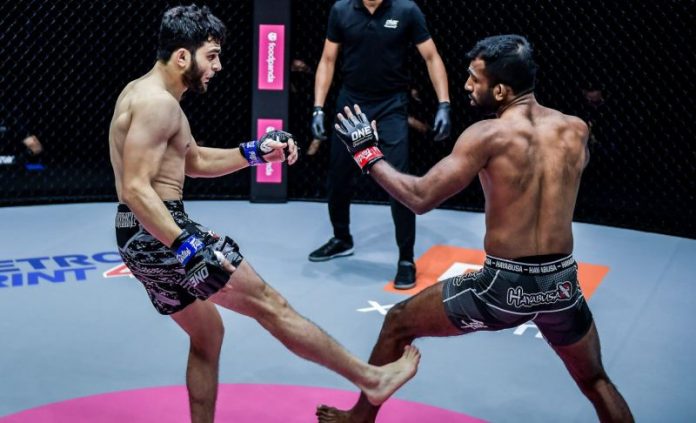 Pakistan’s Ahmed ‘Wolverine’ Mujtaba delivers on his promise as he knocked out India’s Rahul Raju also known as ‘The Kerala Krusher” in less than a minute at the One Championship Unbreakable III welterweight fight in Singapore on Friday. The fight has a legend to it as it was cancelled twice, but it was also Mujtaba’s comeback to the cage after 2018 due to visa issues and him unable to travel.

Mujtaba promised before the fight that he will be capitalising on his boxing skills and would use all of the tools he has in him after training in Brazil. He did exactly that by punching Raju out in less than a minute.

The 27-year-old was confident that he can finish the bout in the first round, while he dedicated his win to the people of Kashmir after the India-Pakistan clash at One Championship. In his message through his social media pages he added that he wants to see if the government helps MMA fighters in Pakistan.

Ahmed Wolverine Mujtaba is a 27 year old Mixed Martial Arts pro fighter from Quetta. He is a graduate from Baluchistan University of Information Technology, Engineering and Management Sciences.