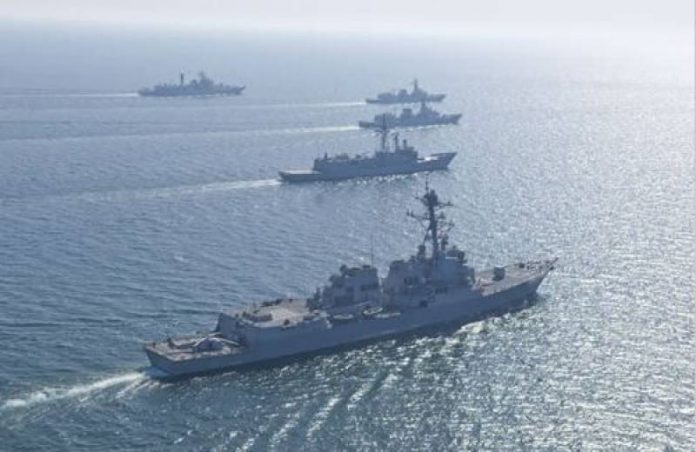 MOSCOW: Pakistan Navy Ship ALAMGIR has arrived Russian Black Sea Port of Novorossiysk for a goodwill visit.
In a statement issued by Pakistan Navy on Thursday, the ship was received by Deputy Commander Novorossiysk Naval Base and Defence Attaché (Pakistan) at Moscow.
A traditional welcome ceremony was organized wherein ceremonial guard from Russian Federation Navy participated.
Deputy Chief of Naval Staff (Personnel) Rear Admiral Muhammad Fayyaz Gilani represented Pakistan Navy on this occasion.
It may be recalled that Pakistan Navy Ship ALAMGIR will also participate in a bilateral Naval Exercise with Russian Federation Navy Ships on completion of the port visit.