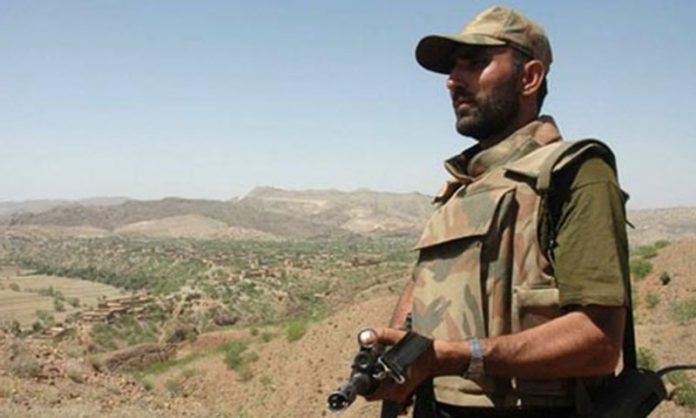 KAHR: One security personnel was injured when terrorists belonging to Afghanistan’s Kunar province attacked a Pakistani check post located in Mamond tehsil of Bajaur Agency here on Tuesday.
Intermittent attacks on the Pakistani check posts located in the district are being made from the past three days.
Earlier on Sunday, a Pakistani soldier was also injured when the military posts were targeted from across the Afghan border.
Pakistani authorities had sealed Torkham border crossing with Afghanistan for an indefinite period after a suicide bomb blast ripped through the shrine of Lal Shahbaz Qalandar in Sehwan town of Sindh province.
The Afghan embassy officials were also summoned by Pakistan and handed over a list of 76 terrorists they believe are hiding in Afghanistan.