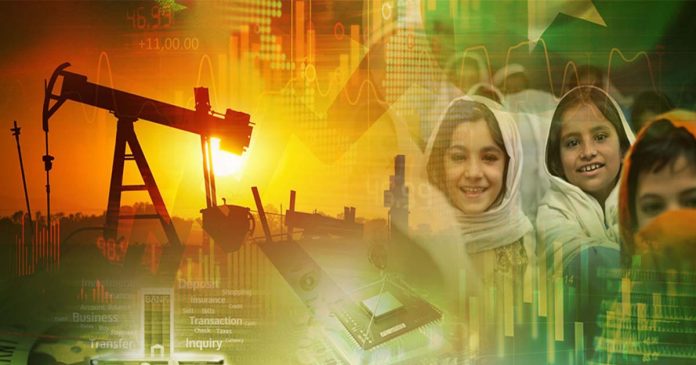 ISLAMABAD: Global financial institution International Monetary Fund (IMF) has predicted a reduction in Pakistan’s debt and inflation rate.
According to the IMF report, debt and inflation would start to decline by 2021 and over the next five years, loans would decrease from 90% to only 73% of the country’s GDP.
The report further said that loans will fall to 87.8% of GDP in FY 2021, 83.7% of GDP in FY 2022 and only 80.8% of GDP by 2023.
According to IMF, loans will be further reduced to 77.4% by 2024 and by 2025, that figure will be 73% of GDP.
The report further says that in FY 2021, inflation will decrease from 10.5% to 9% and in the coming five years, inflation will further reduce to just 4.8%.
The IMF says inflation will be reduced to 8% in FY 2022, 6.1% in FY 2023, 4.9% in FY 2024 and just 4.8% by FY 2025.
It should be noted that previously, the IMF issued a World Economic Outlook report which predicted hard days ahead for the Pakistani economy.
In the World Economic Outlook report, IMF said that Pakistan’s economic growth this year will be negative 1.5%, which is why unemployment in Pakistan is likely to rise for the next two years.
The International Financial Institution said that unemployment in Pakistan will reach 4.5% this year and 5.1% by next year. The unemployment rate in Pakistan during last fiscal year was 4.1%.
The IMF further said that in the current fiscal year, inflation is likely to remain at 11.1% while next year, it will fall to the single digit figure of 8%.
According to the World Organization, economic growth is expected to improve next year. The growth is projected to be 2% in 2021, with the current account deficit at 1.7%.