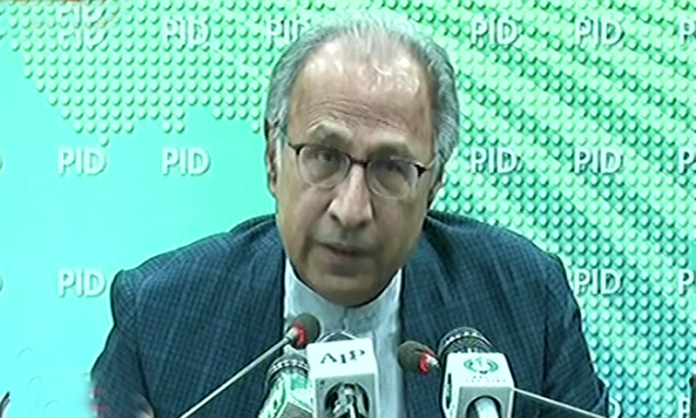 ISLAMABAD: Adviser to the Prime Minister on Finance Dr Abdul Hafeez Sheikh said that financial and trade deficit of the country is decreasing, while global organizations are also acknowledging Pakistan’s economic growth.
Speaking at a press conference with Federal Board of Revenue (FBR) Chairman Syed Shabbar Zaidi, Hafeez Sheikh expressed that the economy has improved markedly this fiscal year. “The current account deficit is decreasing,” he said, adding that last year‘s current account deficit was reduced by 35%.
He apprised that the current account deficit for the first time surged in October.
Financial Advisor said that global institutions like the International Monetary Fund, the World Bank, Moody‘s and the Asian Development Bank have hailed the economic growth of the country. He added that Bloomberg recognized the Pakistan Stock Exchange (PSX) and Moody’s improved Pakistan’s rating from negative to stable.
He said that the country‘s exports are increasing while foreign investment is also on surge. “Last month, Pakistani exports increased by 10% while foreign investment increased by almost 236%”, he asserted, adding that PSX has crossed 40,000 points.