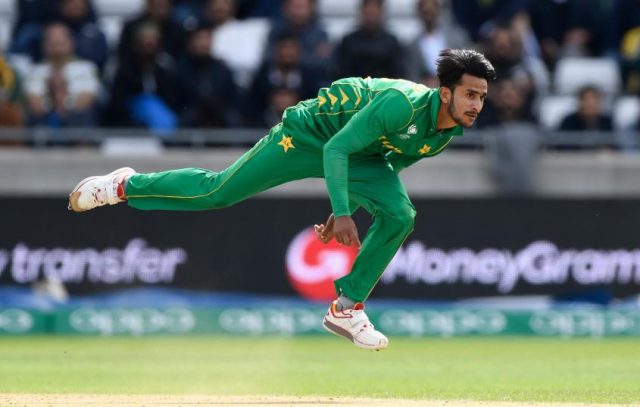 LAHORE: Fast bowler Hassan Ali was named player of the ICC Champions Trophy 2017 after he bowled Pakistan to its maiden ICC Champions Trophy title at The Oval.
According to information made available to APP by the International Cricket Council here on Monday,the 181 runs victory over traditional rival India was also Pakistan’s first title in a 50-over tournament since winning the ICC Cricket World Cup 1992.It had won the ICC World Twenty20 England 2009,and has become only the fourth side,after India, Sri Lanka and the West Indies,to win all the three ICC majors.
Hassan also won the Golden Ball trophy after finishing the series with 12 wickets, while India opener Shikhar Dhawan, who had won the player of the tournament in 2013, walked away with the Golden Bat trophy with 338 runs.
Hassan Ali was in sublime form in the tournament when he displayed excellent variation,picked up wickets consistently and in crucial phases during Pakistan’s successful journey in the competition which had started with a 124 runs drubbing at the hands of India at Edgbaston on June 4.
After being at the wrong end of the stick against India when he picked up one for 70 in 10 overs, Hassan bounced back strongly and returned figures of three for 24 against South Africa, three for 43 against Sri Lanka, three for 35 against England in the Cardiff semi-final and three for 19 in the final against India.As such,he finished the series with 13 wickets at an average of 14.69 and an economy-rate of 4.29.
Hassan was selected as the Player of the Tournament by a five-person selection panel that comprised Geoff Allardice (ICC General Manager Cricket, and Chairman Event Technical Committee), former captains Michael Atherton of England, India’s Sourav Ganguly, Ramiz Raja of Pakistan,as well as Lawrence Booth (Editor, Wisden Almanack, and cricket writer,The Mail) and Julian Guyer (correspondent of the Agence France-Presse).
Meanwhile, Dhawan won the Golden Bat trophy after finishing as the leading run-getter.
The left-hander scored 68 against Pakistan, 125 against Sri Lanka,78 against South Africa, 46 in the semi-final against Bangladesh and 21 against Pakistan in the final. – APP