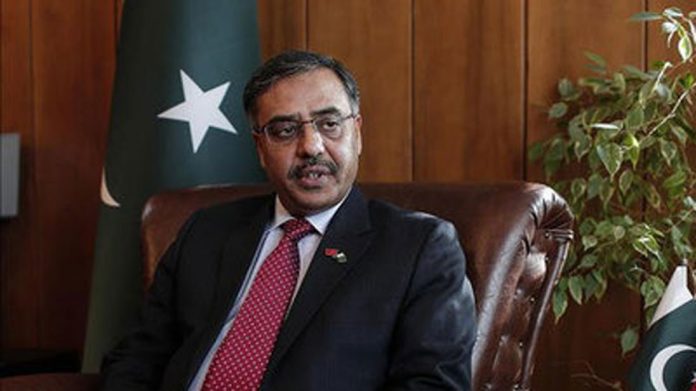 ISLAMABAD: In another unilateral peace initiative, Pakistan’s High Commissioner to India Sohail Mahmood resumed his charge in New Delhi on Saturday.
He arrived in India via the main border crossing at Wagah near Lahore.
Amid soaring tensions between the two neighbouring countries, Pakistan had called back its high commissioner in India for consultations on Februray 18.
On Tuesday, the information about HC Mahmood’s return to India was conveyed to acting Indian High Commis­sioner Gaurav Ahluwalia when he was ‘invited’ to the Foreign Office by Director General (South Asia and Saarc) Dr Mohammad Faisal.
“Pakistan’s High Commissioner to India will be returning to New Delhi, after completion of consultations in Islamabad,” the FO later announced through a media statement.
On the other hand, India’s High Commissioner to Pakistan Ajay Bisaria has also reached Islamabad.
India had recalled HC Bisaria for consultations on February 15, a day after the Pulwama blast.
The development came days after a rare aerial dogfight between India and Pakistan over Azad Kashmir ignited fears of an all-out conflict, with world powers rushing to urge restraint.
Tensions between the arch-rivals have escalated significantly over recent days, after a suicide bombing in Indian Occupied Kashmir killed 40 Indian paramilitaries.
A militant group claimed responsibility for the February 14 blast, and 12 days later Indian jets claimed to bomb what New Delhi alleged a terrorist training camp deep inside Pakistan.
Pakistan has denied any damage or casualties, and independent reporting has shown the strikes hit a heavily forested area with little infrastructure nearby. Residents have said just one person was injured.
The next day Pakistani aircraft shot down at least one Indian aircraft and captured its pilot after it violated the airspace.
The pilot was handed back to India last Friday in what Pakistani Prime Minister Imran Khan called a “peace gesture”.