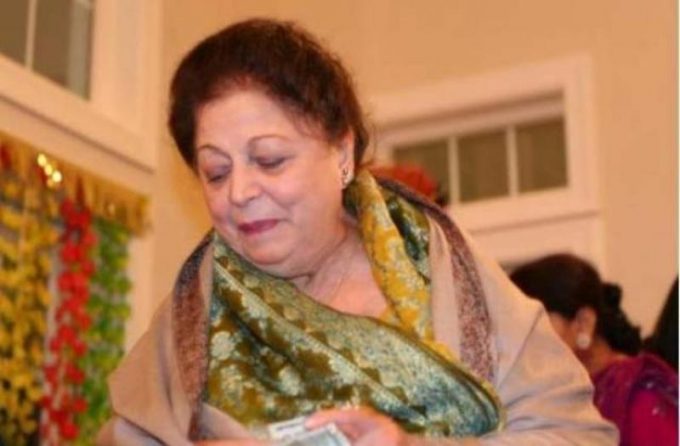 LAHORE: One of the nation’s most legendary actors, Sabiha Khanum, breathed her last in USA’s Virginia on Sunday.
According to her family, Khanum had been suffering from kidney and heart problems along with multiple other diseases.
Khanum was born on October 16, 1935 in Punjab’s Gujarat. She worked in the film industry from 1950 to 1990, during which she had numerous hit movies.
Some of her great works include Dewar Bhabi, Gumnam, Dulla Bhatti and Sarfarosh. She also acted in some television dramas.
Khanum was awarded the Nigar Award for her outstanding achievement in the Pakistani cinema.