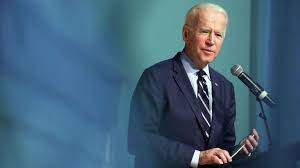 Pakistan’s role in ending the Afghan war and working on a peace agreement is important, says US President Joe Biden.

President Biden spoke with Democrat leaders on completing 100 days in government. From Pakistan, he spoke to Tahir Javed, a Pakistan-born US democrat leader.  He told Javed that Pakistan will also play an important role in the future for peace in Afghanistan.

He said significant progress has been made on climate change. Biden assured Javed that he will continue to deliver on his promises.

Last week, US special envoy for Afghanistan Reconciliation Zalmay Khalilzad expressed the belief that Pakistan understands the impact of civil war in Afghanistan.

He has said that he believes peace is still possible in Afghanistan as Washington has started to withdraw its remaining troops from the country.

Khalilzad was speaking to the US Senate Foreign Relations Committee at the panel’s first public hearing on the administration’s Afghanistan policy since Biden announced plans to withdraw troops by September 11 after two decades of war.

Keeping US forces in Afghanistan did not make sense as the conflict could not be solved by continued fighting, Khalilzad said, adding that the US is helping the Kabul government find contractors to replace the departing American ones.

The February 2020 deal reached by the Trump administration with the Taliban required the departures by May 1 of all US troops and non-diplomatic civilian personnel, including US contractors.