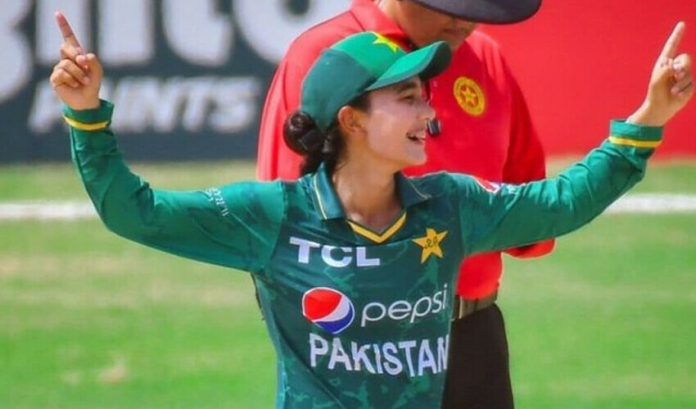 DUBAI— Pakistan’s young spinner Tuba Hassan has won the ICC Women’s Player of the Month award for May 2022 in her very first month in international cricket.

The International Cricket Council (ICC) has unveiled the names of the cricketers who have won the ICC Player of the Month for May 2022 for men’s and women’s categories. Angelo Mathews of Sri Lanka won in the men’s category, while Pakistan’s Tuba Hassan took the award in the women’s category.

The 21-year-old made her international debut during May’s T20I series against Sri Lanka on home soil. She is also the first Pakistani female player to win the prestigious award in her first nomination.

Tuba claimed five wickets in three matches during her debut series at an impressive economy rate of 3.66.

In her first match, Tuba was the pick of the bowlers as she claimed figures of 3/8 in four overs. She also registered the best bowling figures on debut for Pakistan Women in T20I cricket.

She also bagged the award for Player of the Series against Sri Lanka.

“Tuba has shown a lot of confidence and skill to make an impact for Pakistan in her debut series. She has been working hard for some time and it is really heartwarming to see her celebrating success in her first series for Pakistan,” Sana was quoted as saying in a press release issued by the ICC.