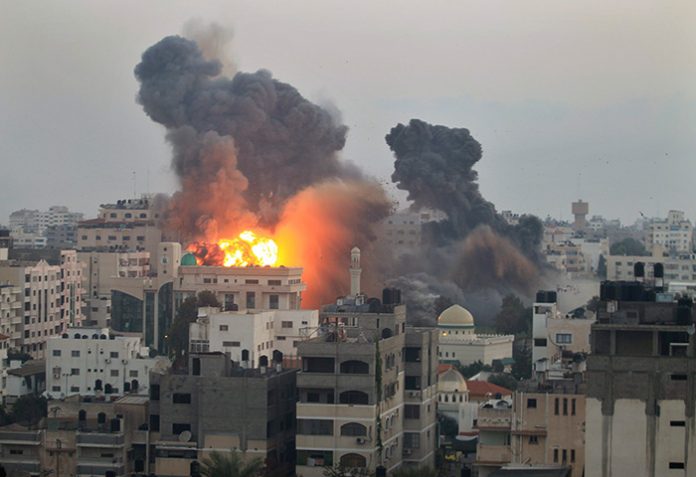 GAZA CITY: A Palestinian youth has died of injuries he sustained earlier Thursday when the Israeli army fired artillery shells into the Gaza Strip east of the city of Rafah.
Gaza Health Ministry spokesman Ashraf al-Qidra said that Ashraf Abu Azzoum, 17, had succumbed to his injuries after being struck in the head by artillery shrapnel hours earlier.
Abu Azzoum’s death brings the total number of Palestinians martyred since March 30, when demonstrators began holding rallies near the Gaza-Israel security fence, to 133.
Over the same period, thousands of other Palestinian protesters have been injured near the security fence by intense Israeli army gunfire.
Protesters demand the “right of return” to their homes in historical Palestine from which they were driven in 1948 to make way for the new state of Israel.
They also demand an end to Israel’s draconian blockade of the Gaza Strip, which for the last 11 years has gutted the coastal enclave’s economy and deprived its two million inhabitants of many basic commodities. – APP