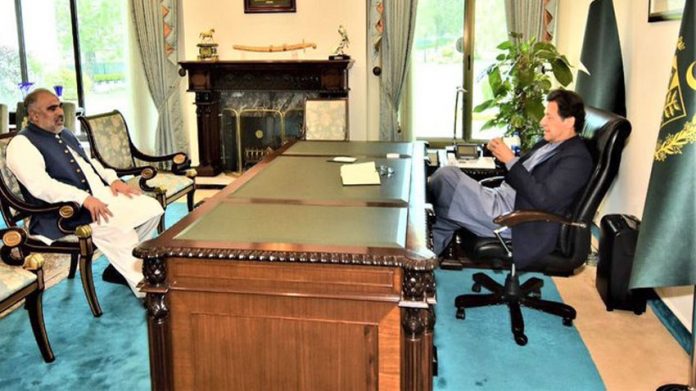 ISLAMABAD: Prime Minister Imran Khan has said the parliament has a pivotal role in the fight against Coronavirus.
He was talking to the National Assembly Speaker Asad Qaiser in Islamabad on Friday.
The Prime Minister said implementing the decisions taken at the parliament level is our priority.
He said the government is taking every possible step to rid the country of this virus. He said we have to surmount this challenge collectively as a nation.
Imran Khan appreciated the steps taken by the Speaker regarding the establishment of a functional committee for Zaireen and Tableeghi Jamaat.
The speaker appreciated the steps taken by the government to contain the spread of the contagion.
He said it is because of timely steps that the trajectory of coronavirus in Pakistan is low when compared with other countries.
Asad Qaiser said a special parliamentary committee on corona virus comprising parliamentary leaders has been established. He said the special committee has given positive suggestions to cope with the current situation.
The Speaker also apprised the Prime Minister about matters pertaining to the convening of the session of the National Assembly.