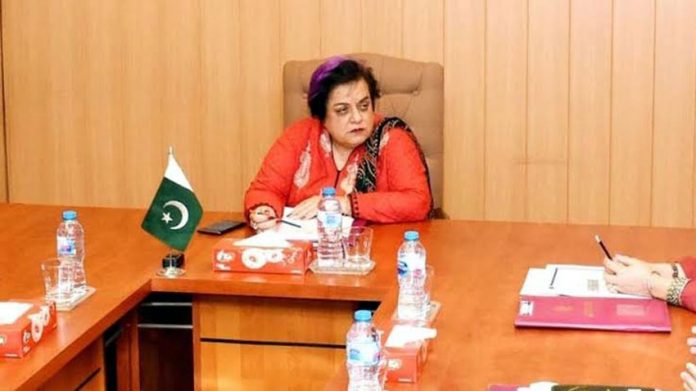 ISLAMABAD: A 12-member Parliamentary Committee chaired by Minister for Human Rights Dr Shireen Mazari has met today (Tuesday) to discuss appointment of Chief Election Commissioner (CEC) and members of the Election Commission of Pakistan (ECP).
During the meeting, the committee considered nominations for appointment of members of the ECP from Sindh and Balochistan forwarded by the government and the opposition.
However, the meeting ended without deciding on the names for posts in ECP.
Meanwhile, Pakistan Muslim League-Nawaz (PML-N) leader Mushahidullah said that the government wants to negotiate the matter at eleventh hour. We are reviewing all the names, he added.
It is to be mentioned here that the government and the opposition forwarded their nominations for appointment of ECP members to Speaker National Assembly Asad Qaiser and chairman Senate Sadiq Sanjarani, who then forwarded it to the parliamentary committee for consideration.
Earlier, PM Office had raised objections on the names recommended by opposition leader Shehbaz Sharif for the appointment of Chief Election Commissioner. The suggested names were Nasir Mehmood Khosa, Jalil Abbas Jilani and Akhlaq Ahmed Tarar.
Jaleel Abbas Jilani remained principal secretary of former premier Nawaz Sharif and worked as chief secretary Punjab under CM Shehbaz Sharif.
Nasir Mehmood Khosa is considered close to Sharif family and Akhlaq Tarar has also worked as federal secretary.
Shehbaz Sharif maintained that PM Imran should have initiated this process of consultation a long time ago. I am starting this procedure to prevent the ECP from getting non-functional, the PML-N leader added.
The letter by PML-N president also comprised three names each from Sindh and Balochistan for their nominations as the ECP members. From Sindh, the opposition leader had recommended Nisar Durrani, Justice (retd) Abdul Rasul Memon and Aurangzeb Haq.
The names of Advocate Supreme Court Shah Muhammad Jatoi, former advocate general Muhammad Rauf Atta and Rahila Durrani were also proposed from Balochistan.