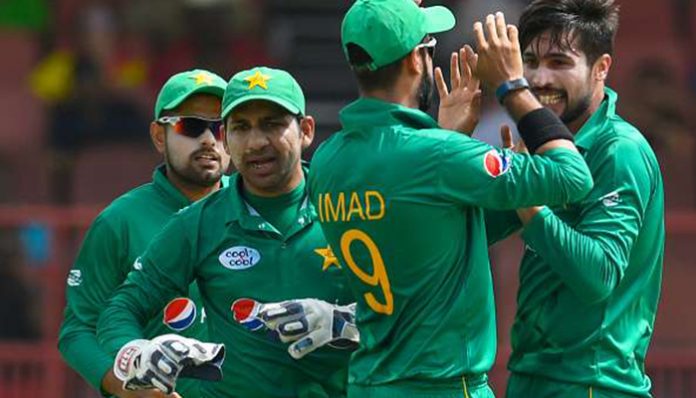 LAHORE: The Pakistan Cricket Board today announced list of central contracts for the 2019-20 season during which the men’s cricket team will play six World Test Championship Tests, three ODIs and nine T20Is.
The list has been trimmed from 33 to 19 and the players who have been awarded central contracts are:
Category A – Babar Azam, Sarfaraz Ahmed and Yasir Shah
Category B – Asad Shafiq, Azhar Ali, Haris Sohail, Imam-ul-Haq, Mohammad Abbas, Shadab Khan, Shaheen Shah Afridi and Wahab Riaz
Category C – Abid Ali, Hasan Ali, Fakhar Zaman, Imad Wasim, Mohammad Amir, Mohammad Rizwan, Shan Masood and Usman Shinwari
While finalising the list of central contracts, which will run from 1 August 2019 to 30 June 2020, players’ performances and fitness in the past 12 months and the formats they are likely to represent Pakistan in the upcoming season was taken into consideration.
Mohammad Hafeez and Shoaib Malik have not been offered contracts but they will remain available for selection.
PCB Managing Director Wasim Khan said: “I want to congratulate all those who have been offered central contracts for the next season. We have significantly increased the financial value of the 2019-20 retainers across each category. This is over and above what had been agreed in the current agreement, which is due to run until 2021.
“The PCB have set high standards and targets in its strategic plan for the upcoming season. We want to attach a high value to receiving a central contract. We have complete faith and confidence that these players will set-up and produce on-field performances that will help us collectively achieve our objectives and targets.”