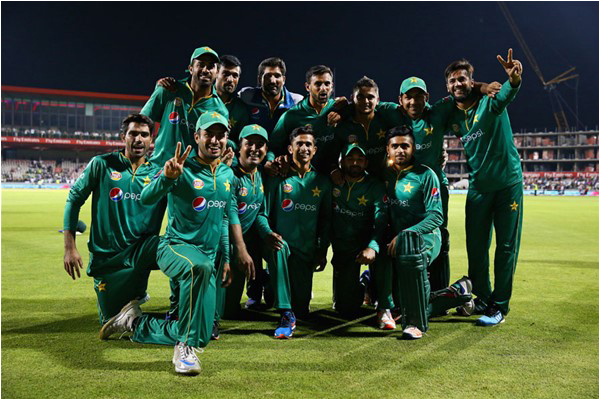 LAHORE: The Pakistan Cricket Board (PCB) National Selection Committee headed by Inzamam-ul-Haq on Tuesday announced a 15-member squad for the ICC Champions Trophy.
Azhar Ali and Umar Akmal make a comeback into Pakistan’s ODI team.
The ICC Champions Trophy will be played in England and Wales from June 1-18 with Pakistan playing their first match against India on June 4.
A press release from the PCB said the team was selected keeping in mind the conditions and recent performances of some players in domestic and international tours.
According to the PCB, Azhar Ali was selected in the team because of his good track record in English conditions, while Umar Akmal makes a comeback after a considerable improvement in his fitness, and performance in the ongoing Pakistan Cup.
Shadab Khan and Fahim Ashraf have been retained in the side to provide a variety in the shape of spin and fast-bowling all-rounders, respectively.
“Overall the team consists of experience and youth and the selectors believe that team will do well in the ICC event”, said chief selector Inzamam.
The side led by Sarfraz Ahmed will play warm-up matches against Bangladesh (May 27) and Australia (May 29).
The selected players are:
Azhar Ali
Ahmad Shahzad
Fakhar Zaman
Baber Azam
Muhammad Hafeez
Shoaib Malik
Umar Akmal
Sarfraz Ahmad Captain- WK
Shadab Khan
Imad Wasim
Muhammad Amir
Wahab Riaz
Hassan Ali
Junaid Khan
Fahim Ashraf