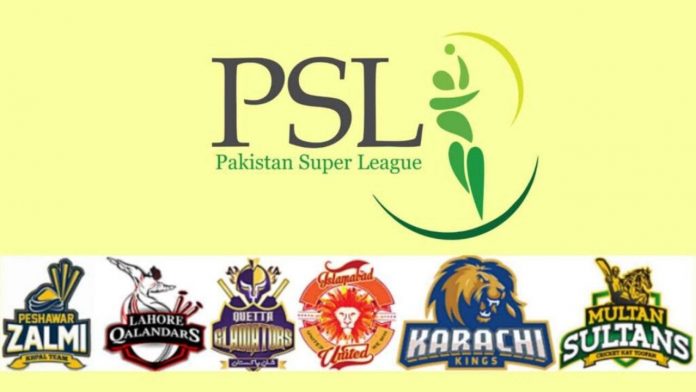 LAHORE: The Pakistan Cricket Board today fulfilled one more of its promises to the fans and followers when it announced the schedule of the HBL Pakistan Super League 2020 with all 34 matches to be played across four international venues of the country from 20 February to 22 March, said an official press release.
The schedule announcement was part of the 50 days to go to HBL Pakistan Super League 2020 celebrations that also featured the launching of the countdown clock, which has been mounted at the main entrance of the Gaddafi Stadium – the home of Pakistan cricket.
Reigning champions Quetta Gladiators will open the event at the back of an opening ceremony at the National Stadium in Karachi when they will go toe to toe with two-time former winners Islamabad United, while curtains will fall on the fifth edition of one of the most popular and followed leagues on 22 March at the Gaddafi Stadium.
National Stadium will also play host to the Qualifier between the top two sides, whereas the Gaddafi Stadium will be the venue of the two Eliminators and the final.
Of the 34 event matches, National Stadium will stage nine matches and Lahore’s Gaddafi Stadium will play host to 14 matches. Multan Sultans will play three games at the Multan Cricket Stadium, while Pindi Cricket Stadium will be the venue for eight matches.
According to the event schedule, defending champions Quetta Gladiators will play three matches in Lahore, four in Karachi, one in Multan and two in Rawalpindi; while Peshawar Zalmi, the 2017 winners and the 2019 losing finalists, will be in action in one match each in Lahore and Multan, three in Karachi and five in Rawalpindi.
Islamabad United will play three matches in Lahore, two in Karachi and five in Rawalpindi; Karachi Kings will play two matches in Lahore, five in Karachi, one in Multan and two in Rawalpindi; Multan Sultans will play five matches in Lahore, one in Karachi, three in Multan and one in Rawalpindi; and Lahore Qalandars will play eight matches in Lahore and one each in Karachi and Rawalpindi.
PCB Chairman Ehsan Mani said: “After bringing Test cricket back to Pakistan, hosting of the entire HBL Pakistan Super League is our other major achievement. I never had any doubts it was Pakistan’s league and should be played in front of home crowds. We had made this commitment to the people of Pakistan at the end of last year’s event and I am pleased today we have announced the event schedule with four centres to share the 34 event matches between them.
“The HBL Pakistan Super League 2020 will feature 36 foreign stars. It was gratifying that 425 overseas players from 22 countries registered their interest in playing in the HBL PSL 2020. Of these, 39 from Afghanistan, 12 from Australia, 23 from Bangladesh, 10 from Canada, 109 from England, seven from Hong Kong, six from Ireland, seven from the Netherlands, eight from Nepal, 11 from New Zealand, nine from Oman, five from Scotland, four from Singapore, 27 from South Africa, 39 from Sri Lanka, nine from the UAE, six from the USA, 82 from the West Indies, 9 from Zimbabwe and one each from Bermuda, Kenya and Namibia.
“This shows the confidence that players throughout the world have in playing in Pakistan.
“Through this event, we expect economy and tourism to get significant boost, which will have a direct impact on the overall health of the country.
“For the fans, this will be a long-awaited opportunity to see their cricketing heroes live in action and reinforce their love for this great game. I am expecting like last year, the entire country will get behind this tournament and by turning up in big numbers, they will once again show the world their passion for cricket.
“For the PCB itself, the schedule announcement means we will now work flat-out until the final ball is bowled to ensure we produce an event that is memorable for all stakeholders, including the players, commercial partners, fans and media.
“I want to especially thank the local governments and security agencies for their support and assistance. They have gone out of their way to facilitate the PCB in bringing HBL PSL back to Pakistan, for which we are grateful.”