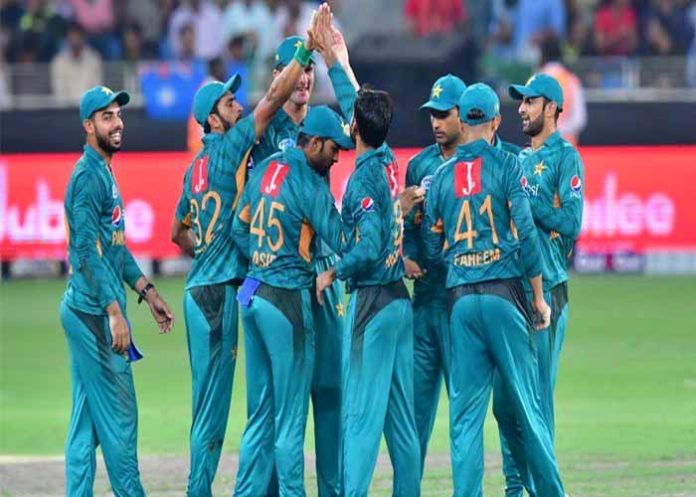 LAHORE: Pakistan has retained the same squad for the T20 series against New Zealand which whitewashed the Aussies in the three-match series in UAE.
Pakistan are going to play against New Zealand from October 31.
Squad: Fakhar Zaman, Muhammad Hafeez, Sahibzada Farhan, Babar Azam, Shoaib Malik, Asif Ali, Hussain Talat, Sarfraz Ahmed (C), Shadab Khan, Shaheen Shah Afridi, Usman Khan Shanwari, Hassan Ali, Imad Waseem, Waqas Maqsood, Faheem Ashraf
There will be three Test matches, three ODIs and three T20Is, to be played from October 31 to December 7 in the United Arab Emirates.
The first of the three T20I matches will be played at Abu Dhabi on Wednesday. It will be followed by second and third T20Is at Dubai on November 2 and 4, respectively.
Later, three One-day Internationals will be played on Nov 7, 9 and 11 at Dubai and Abu Dhabi.
Then, the Test series of three matches will be played from Nov 16.