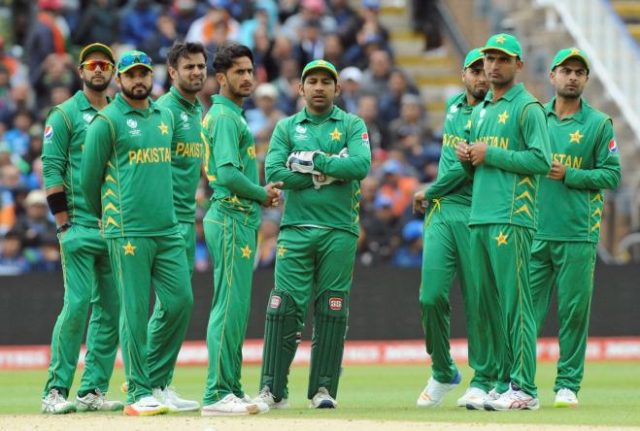 LAHORE: Opener Ahmad Shehzad has been dropped from the t20I squad while Sahibzada Farhan and senior all-rounder Muhammad Hafeez have been roped in as Pakistan announced a 15-member T20 squad for the triangular series featuring Australia, Zimbabwe and Pakistan.
The National Selection Committee headed by Inzamam ul Haq after consultation with Captain Sarfraz Ahmed and Head Coach Mickey Arthur also announced 15-member ODI squad for the five-match ODI series against Zimbabwe.
The triangular series will take place from July 1 to July 8, 2018, whereas the five-match ODI series against Zimbabwe will commence from July 13, 2018. The ODIs have been scheduled at Queens Sports Club, Bulawayo on July 13, 16, 18, 20 and 22, 2018, respectively.
“Sahibzada Farhan has been selected in the T-20I squad, whereas Mohammad Hafeez is selected in both T-20I and ODI squad, and will be available for the team as an all-rounder after his bowling action was cleared. Asif Ali was included in the ODI squad to strengthen the lower middle order while Junaid Khan and Yasir Shah makes a comeback in the ODI squad after getting fit from the injury. Babar Azam was not considered for T20s because he is recovering from injury and as per medical staff, it is hoped that he would be fit for ODIs,” said Chief Selector Inzamam ul Haq.
Pakistan team (ODI and T-20I) camp will be from June 25 to 27, 2018 at Gaddafi Stadium, Lahore. The team will depart for Zimbabwe on June 28, 2018.