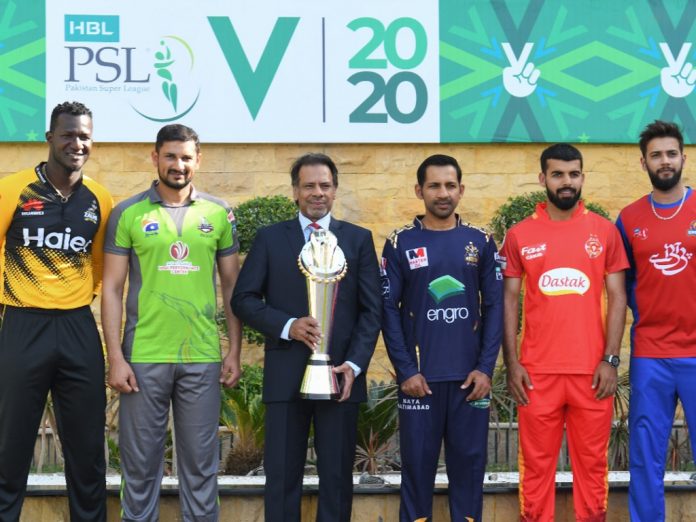 LAHORE: Pakistan Cricket Board’s (PCB) chief executive Wasim Khan on Friday confirmed that the board was looking for possible windows to stage the last three games of the fifth edition of the Pakistan Super League.
“The PCB’s first point of call is to ensure that the knockout stages of the 2020 PSL can be played at some point,” Khan told ESPNcricinfo’s Stump Mic podcast.
He added that the board had identified two possible windows for the knockout stages of the competition to be played later in the year.
The fifth edition of the country’s premier domestic cricket tournament had been called off last month due to the coronavirus outbreak in the country. This was the first time the entire tournament had been staged in Pakistan.
Khan, however, admitted that it would be difficult to find a suitable window when all players involved, especially foreign stars, could travel to Pakistan for the knockout games.
Franchise owners; on the other hand, have been divided over the decision to stage the final three games.
Multan Sultans co-owner Ali Khan Tareen had tweeted that it would be “ridiculous” for his franchise to be handed the trophy and that the knockouts should be rescheduled for later in the year “so our local players get more opportunities to shine”.
Multan’s other co-owner Alamgir Tareen, however, urged the PCB not to reschedule the semis and the final. The other semi-finalists — Lahore Qalandars, Karachi Kings and Peshawar Zalmi — have been hoping for a window to pop up in which the games could be played.
“We’re currently looking at when we can reschedule the remaining matches to be played, and we’re confident we’ll get those done at the back end of the year, subject to obviously all things going well,” Khan said.
He added, “From our point of view, the first point of call is to try and ensure that we get the remaining matches played. There are two small windows that we have identified at the back end of the year.”
The former cricketer added they only needed three or four days for the remaining matches. “We’re going to be taking the views of the franchise owners into it, get their views on it, look at what potential format we can play.
“If you remember, initially it was based on qualifiers, eliminators and then the final, and then we moved to semi-finals and a final based on the shorter window because of safety reasons around the coronavirus. We are looking at that, and we are confident that we can get that done.”