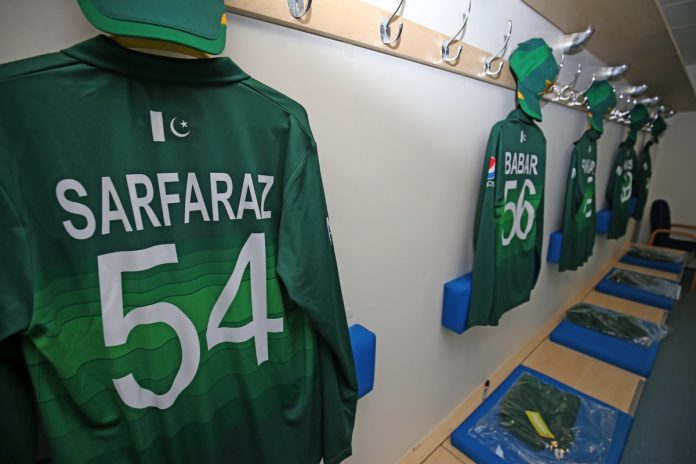 LAHORE: The Pakistan Cricket Board on Tuesday unveiled the World Cup 2019 kit a day after it finalized the 15-day squad for the event.
The PCB tweeted a couple of pictures showing the cap and jersey bearing PCB star and ICC World Cup logo. 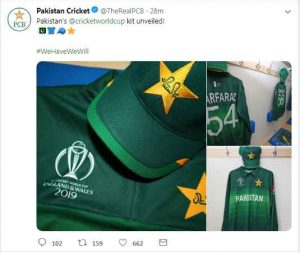 In the run up to unveiling of the kit, the PCB teased the fans with a Tweet saying ” We are ready to announce something shorty, can you guess what it is?”.
After sharing the pictures of the kit, the PCB asked the fans to “send your good luck messages to the team”.
In a string of tweets, the PCB also posted a video of Pakistan players led by skipper Sarfraz Ahmed inspecting the new uniform.
The Pakistan team’s kit for the World Cup has no major changes compare to its official jersey.