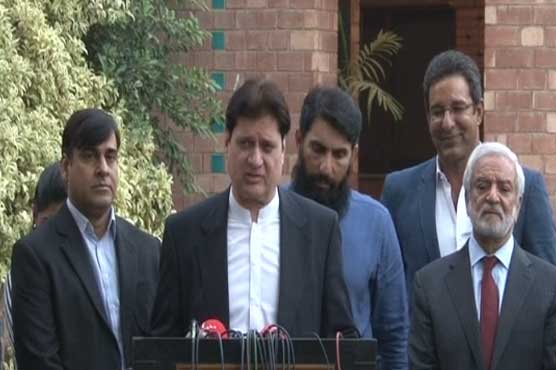 ISLAMABAD: The Pakistan Cricket Board today announced its cricket committee will meet at the National Cricket Academy on Friday, 2 August.
The agenda of the committee includes review of the Pakistan men’s and women’s cricket teams as well as Under-16 and U-19 cricket teams’ performances and make recommendations to the PCB Chairman.
Inzamam-ul-Haq, Mickey Arthur and Sarfaraz Ahmed have also been invited to attend the meeting and provide their feedback and assessment of the men’s team’s performances.
Wasim Akram will join the meeting via video link while rest of the members will attend in person.
The cricket committee is likely to forward recommendations to the chairman for handing over the reins of national one-day team’s captaincy to anyone from Muhammad Hafeez, Imad Wasim and Babar Azam.
The committee will forward the meeting’s outcome to the PCB Chairman Ehsan Mani.
The PCB cricket committee is an advisory panel whose remit is to make recommendations to the PCB Chairman. The committee is chaired by PCB Managing Director Wasim Khan, and includes former men’s and women’s teams’ captains Wasim Akram, Misbah-ul-Haq and Urooj Mumtaz, as well as Zakir Khan (Director – International Cricket and Committee Secretary), Mudassar Nazar (Director – Academies) and Haroon Rashid (Director – Domestic Cricket).