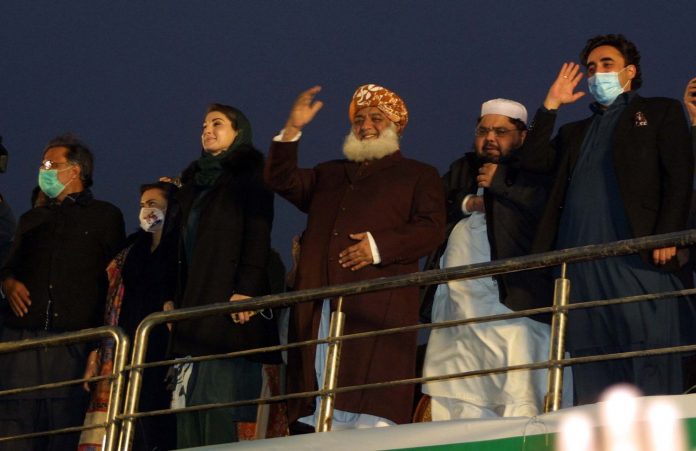 Pakistan Democratic Movement chief Maulana Fazlur Rehman on Sunday said that the “long march” on March 26 will be held for one express purpose: to demand fresh elections since this government is “not acceptable”. Fazlur Rehman said this during an interview. He said the march will not be so “we simply come and go”, adding: “We will sit there.”

The PDM chief  denied any “secret talks with anyone”. “I or the PDM do not need to speak secretly with anyone,” he said. Fazlur Rehman, in his wide-ranging interview, also spoke of the probe by the National Accountability Bureau against him, saying: “No one, including NAB, can hold me accountable for anything.”

He said that he had been a parliamentarian since 1988 but did not so much as make a “mud hut” in Islamabad.