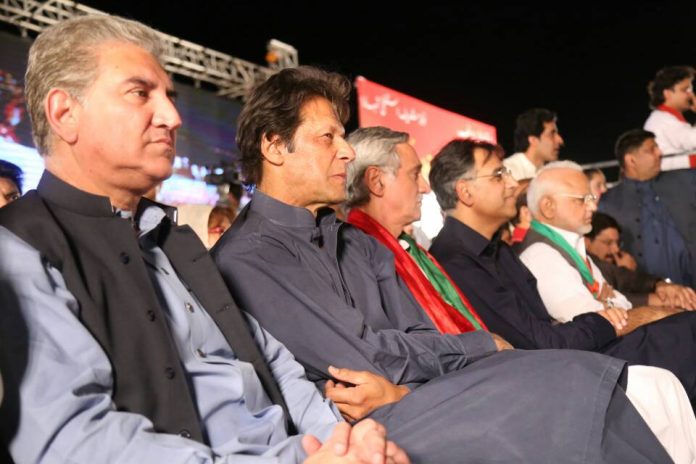 ISLAMABAD: Pakistan Tehrik-e-Insaf (PTI) leader Shah Mahmood Qureshi on Friday said that the people are the true essence of democracy.
While addressing PTI rally in Islamabad, Qureshi said that he, on the behalf of himself and the entire leadership of PTI, pay a tribute to the people who empowered this movement. “The people of Khyber Pakhtunkhwa who were made a subject of Punjab Police’s barbarism & our women who were mistreated in Islamabad, it is for your steadfastness that we are here tonight.
“They said that corruption is not the people’s issue, their issue is poverty. This is a futile exercise. But the people of Pakistan and the Pakistan Tehreek-e-Insaf endorsed our stance.
“When the PMLN started to comprehend the actual meaning for the verdict, they stopped distributing sweets. They said that the proceedings have been prolonged enough, the people are tired now. Are you tired? Let them know you aren’t.
“I am addressing the farmers of Pakistan who have been suppressed. Will you suffer or will you speak for your right? I am addressing the laborers of Pakistan, will you not raise your voice for what is rightfully yours? I address the people of Pakistan who are suffering from 20 hours of load shedding daily, will you remaining silent or raise the slogan?”
This gathering here will give the verdict – Go Nawaz Go.”
Earlier AML head Sheikh Rashid said that he was a companion of Imran Khan who was the only ray of hope for the nation.
“I want to directly address Pakistan army and tell them that Prime Minister Nawaz Sharif is a security risk,” he said, adding that ‘Go Nawaz Go’ was the voice of the nation.
“Nawaz Sharif, you are trying to stop the release of Dawn Leaks report,” he said. “I salute to all five Supreme Court judges who declared that Qatari’s letter was fake.”