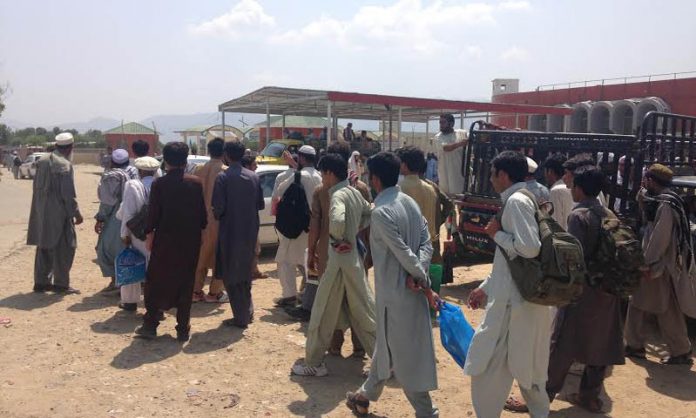 BAJAUR: People of Bajaur Agency have complained against the public transporters for increasing fares on Bajaur-Peshawar route during the holy month of Ramadan.
People from several areas of the agency who arrived here from Peshawar told that public transporters have almost doubled their fares between Bajaur-Peshawar route.
We don’t know the actual reason behind the sudden increase of fare by the transporters, and public transport owners had been charging more than 100 percent extra fare from the official’s fare list, they added.
Abdur Rasheed Khan, a lecturer at Government College of Technology Khar who arrived from Peshawar said a significant increase had been witnessed in the fare of taxis, saying that they were charging Rs 1,000 to Rs 1,200 per passenger from Peshawar to Bajaur instead of the official fare of Rs 480.
He said the transporters have not only charging up to Rs 600 as extra from the commuter, but also carrying six passengers in a car instead of four.
Javid Khan, a resident of Salarzai area, who was travelling to Bajaur said there were lots of taxis at the Charsadda general bus stand in Peshawar. The drivers of taxis were asking Rs 900 fare for Bajaur.
The commuters who had come to their hometown from different cities to spend the holy month of Ramadan with their families, complaint that the official’s fare for general public transport between Peshawar and Bajaur is Rs 230, but the passenger had been forced to pay Rs 350 to Rs 400 for the last several days.
They have urged the local administration to take action against the transporters for overcharging.
They had also informed the officials of Bajaur Levies deployed at Jinnah bus stand and check posts about the recent increase of fare by the transporters, but to no avail. – APP