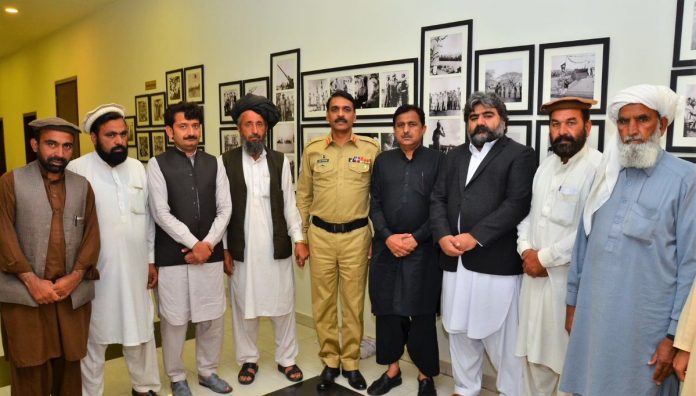 RAWALPINDI: Director General (DG) Inter-Services Public Relations (ISPR), Major General Asif Ghafoor has said that the tribal people of Federally Administered Tribal Areas (FATA) have achieved peace and stability after huge sacrifices.
“Restoration of normal life after kinetic operation is part of ‘clear-hold-build-transfer’ strategy. State including security forces is committed to rehabilitate the affected population”, he said in a series of tweets.
He maintained, “We are through with challenges of ‘clear’ phase after kinetic operations, hold and build in progress. He said it is our home, by working together we shall gradually bring back complete normalcy.”
DG ISPR added that it is time to be aware of inimical forces trying to create uncertainty but shall never succeed, God willing.
Maj Gen Asif Ghafoor said affected NWA traders shall have a meeting with local civil-military and FATA secretariat representatives on 22 April to discuss genuine issues and way forward.
He said, “Economic rehabilitation of tribes takes priority. Mainstreaming of FATA remains key to their empowerment & prosperity.”