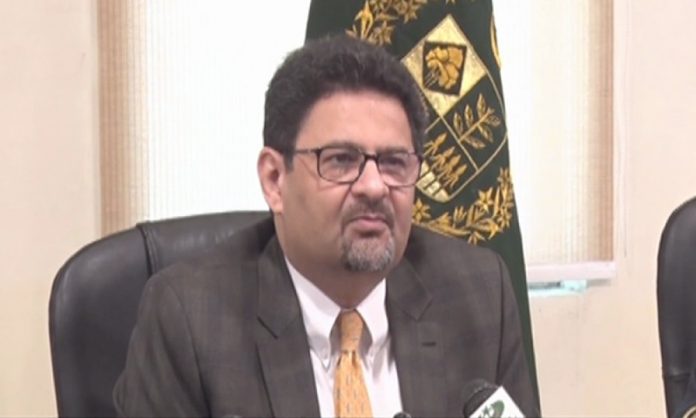 ISLAMABAD— People having a household income of less than Rs40,000 will get a monthly stipend of Rs2,000 under the new government subsidy scheme, the country’s finance czar announced on Saturday as the people continue to battle skyrocketing inflation.

“I urge people with household income below Rs40,000 to send us their computerized national identity card (CNIC) number to phone number ‘786’ in order to avail the subsidy. We are following the Benazir Income Support Program (BISP) system. We will verify their details and provide them with the Rs2,000 monthly stipend under the scheme,” Finance Minister Miftah Ismail said at a press conference in Islamabad.

The government has launched ‘sasta petrol sasta diesel scheme’ for 14 million households. This means roughly 804 million people or one-third of the country’s population. Each household will be provided a monthly stipend of Rs2,000. It will cost the government Rs28 billion. The targeted group also include BISP recipients that number 7.3 million.

“If we exclude the BISP beneficiaries from the 14 million households, then we have 6.7 million people. Those are not getting the money should send us a message and will give them the money,” Miftah said. “People whose poverty score is less than 37% will be given the stipend,” he said. Under the scheme, the BISP recipients will be provided financial assistance within the next two to three days.

Miftah also urged women heaidng households to message or call on 786 to avail the subsidy, which will start from June 1.

He admitted that the decision to increase fuel prices has caused inflation. But inflation would have further increased and the rupee could have further devalued if the government continued to provide the fuel subsidy. He defended the decision citing the recovery mounted by the stock market and appreciation in the value of the Pakistan rupee against the dollar.

Pakistan uses around Rs20 million litres worth of petrol and diesel. The Rs30 per litre reduction on subsidy will reduce the loss by Rs60 billion. Moreover, 40% of rich households use 85% of the fuel, according to the petroleum ministry data.

To a query, Miftah said that he was oblivious to any reports pertaining to further increases in the fuel prices on June 1. He said any such decision would be taken after Oil and Gas Regulatory Authority’s (Ogra) summary. He added that the government has not received any summary pertaining to the increase in electricity tariff.

Pakistan is hopeful that the staff-level agreement with the IMF would be completed in June after which the loan amount would be released, the finance minister stated.

Its pertinent to mention here that Yesterday, A day after the government increased the fuel prices by Rs30 a litre, a petition was filed in the Lahore High Court on Friday against the federal government’s decision, urging the court to declare it void.