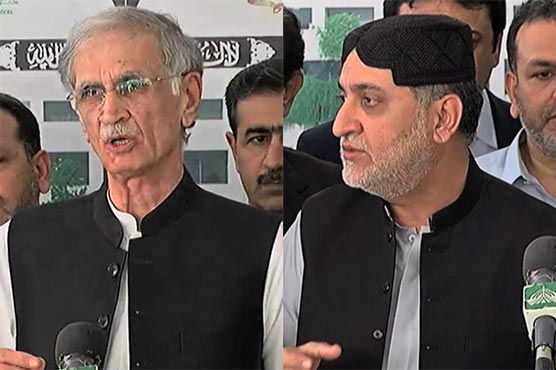 ISLAMABAD: The ruling Pakistan Tehreek-e-Insaf (PTI) has stepped up efforts to appease disgruntled ally Balochistan National Party-Mengal (BNP-M).
Defence Minister Pervez Khattak, who was tasked by Prime Minister Imran Khan to pacify the disgruntled ally, telephoned BNP-M chief Akhtar Mengal on Friday night and sought time for a meeting.
BNP-M chief Akhtar Mengal said that his doors are always open in line with Baloch traditions.
Pervez Khattak told Akhtar Mengal that implementation of the six-point agenda, which was agreed upon between the ruling PTI and the coalition partner BNP at the time of formation of the government, would come under discussion at the meeting.