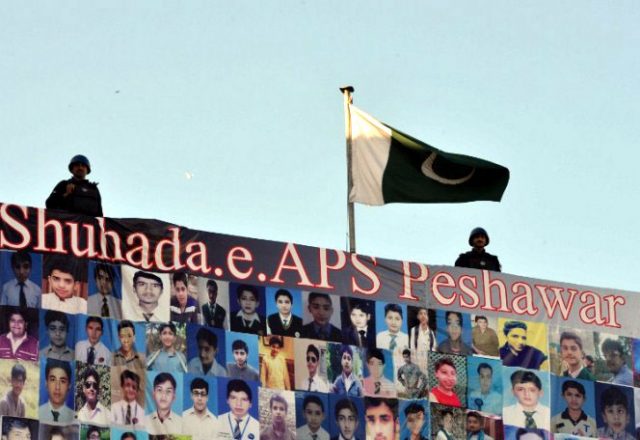 ISLAMABAD: The report of the inquiry commission on the Army Public School terror attack has been completed. The report is comprised of around three thousand pages.
According to details, the inquiry commission formed to investigate the APS attack has completed its report and according to the commission’s focal person, the confidential report has been sent to the Supreme Court to be submitted to the Chief Justice.
According to the focal person, the report is of 3,000 pages, having the statements of 132 people, including the parents of martyred children.
The report records the statements of 101 witnesses, 31 police, army and other officers. The commission was set up in 2018 by former Chief Justice Mian Saqib Nisar at the request of the parents of the martyrs.
The inquiry commission set up to probe the APS tragedy was headed by Justice Muhammad Ibrahim Khan of the Peshawar High Court.