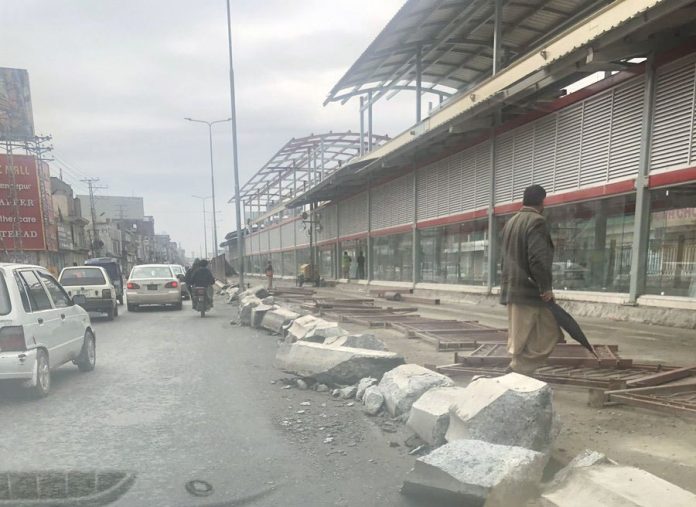 PESHAWAR: The Peshawar Bus Rapid Transit project has been delayed by another three months, it emerged Friday.
Khyber Pakhtunkhwa Chief Minister Mahmood Khan gave the contractor another three months due to the coronavirus lockdown.
The contractor has also been directed to formulate a new work plan.
The construction work on Peshawar metro bus project began in October 2017. A few months later, the KP government announced it would be completed in six months, followed by another announcement of its completion in one year.
After repeated delays, the project was to be completed on June 10. But now it is expected to take time until September 2020.