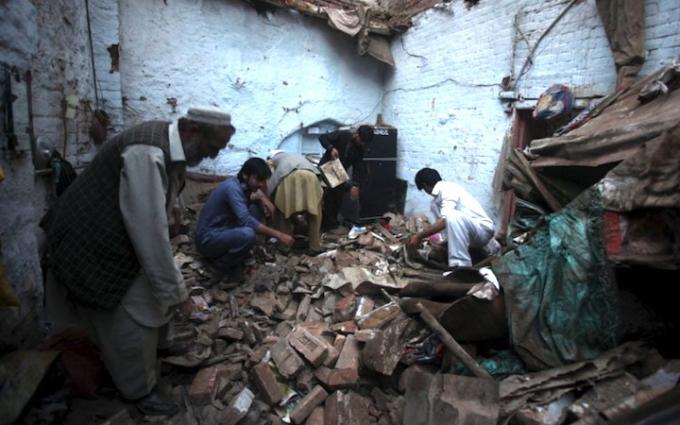 PESHAWAR: Man and his two granddaughters were killed when roof of their house located on Peshawar’s Ring Road crashed on to them on Wednesday.
At least four other people were also injured in the accident. The bodies and the wounded were shifted to hospital.

According to Rescue 1122, the rooftop of the building was was badly impacted by the earthquake