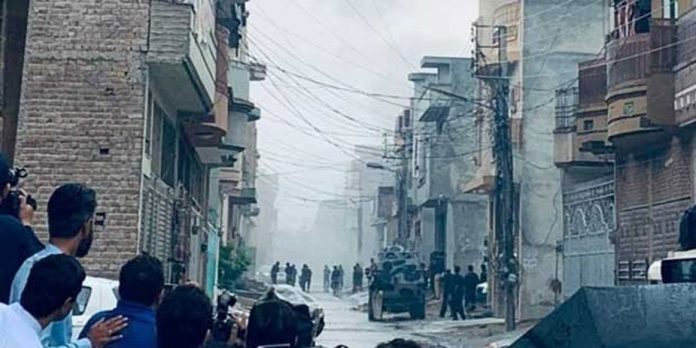 PESHAWAR: The Inter-Services Public Relations (ISPR) Tuesday said the dead bodies of the terrorists – killed in Peshawar today – have been recovered and their identification is in process.
The ISPR issued a media release and told that Pakistan Army and Khyber Pakhtunkhwa police conducted a joint intelligence-based operation in Hayatabad Phase VII, Peshawar against a terrorist hideout.
The ISPR confirmed that five terrorists were killed while ASI Qamar Alam embraced martyrdom. An officer and a soldier got injured, it added.
It is worth mentioning here that the operation against the terrorists continued for 16 hours. A wave of fear spread in the vicinity when heavy weapons were used. The adjacent area was cordoned off.
On the other hand, the funeral prayers for Qamar Alam were offered at the Malik Saad Shaheed Police Lines.