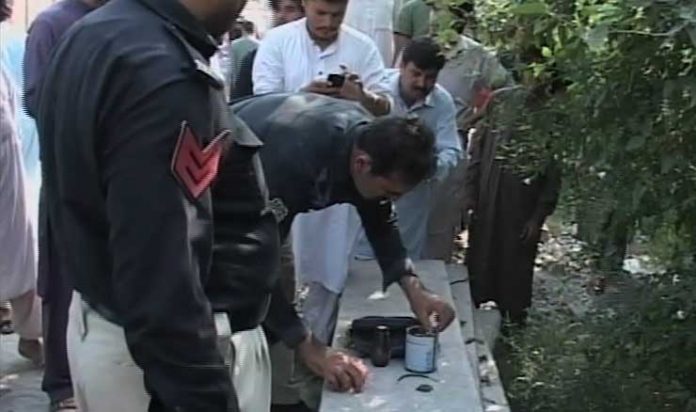 PESHAWAR: Peshawar police here on Friday foiled a terror bid and recovered a bomb from a suspect near Machni Gate in Peshawar.
The suspect was stopped during snap-checking near Machni Gate and a homemade bomb was recovered from his bag.
Police immediately arrested the suspect while his accomplice managed to escape from the scene. A joint search operation was launched near Hassan Garhi and Machni Gate to nab the miscreant. Later, bomb disposal squad was called in to neutralize the bomb.