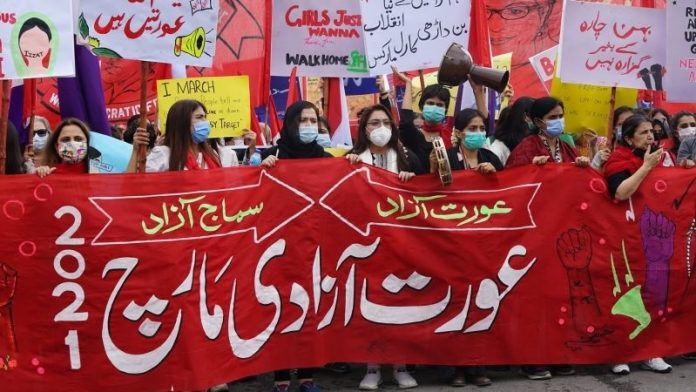 The Peshawar police have lodged an FIR against the organizers of Aurat March in Islamabad.

On March 26, a Peshawar court ordered the Peshawar East police station to register an FIR against them. In his petition, Peshawar-based lawyer Abrar Hussain said that un-Islamic activities were held on the roads in the name of the March 8 Aurat March.

A day after the Aurat March, a photo of a placard about child abuse went viral and some people on Twitter labeled it as blasphemous.

The organisers had to issue a clarification that the placard described the ordeal of a child rape survivor and questioned the lack of justice. A video of the March participants chanting slogans was also shared on social media with incendiary subtitles. But the organisers were quick to share the original video, which asked for azaadi from all forces oppressing the women.